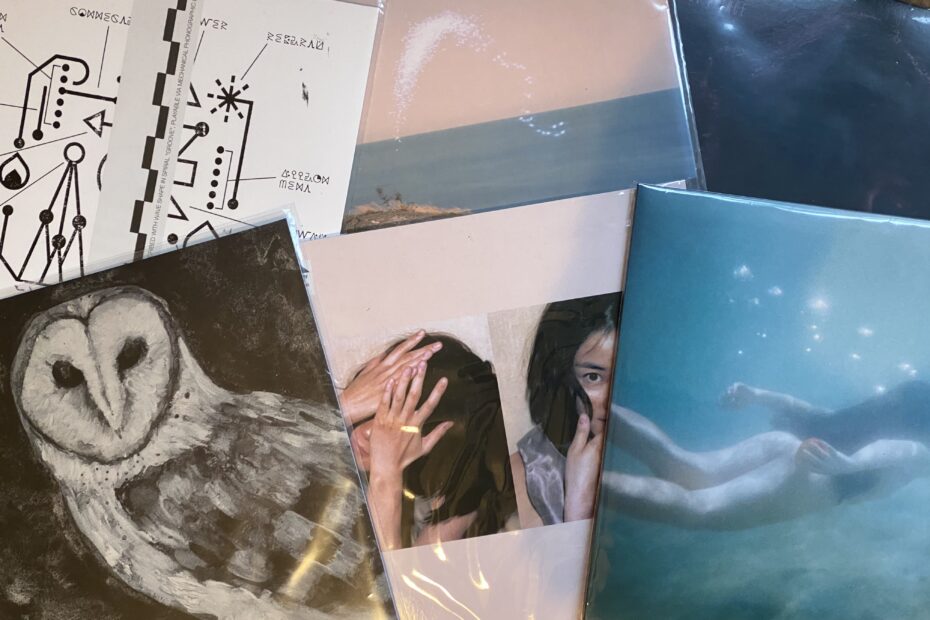 It’s been a really long time since I posted on this site, and even longer since I posted any music stuff. The pandemic and various other aspects of my life have meant I’ve not been able to do as much here as I’d like. I’d love to say that changes now but won’t make promises I can’t keep. However, here at least is a little post with my music of the year for 2021. This is a selection of my favourite stuff that’s wormed its way into my head in the last year, mostly but not universally new. I’ve also done my usual end of year playlist on Spotify, which you can check out below.

Right, let’s crack on with my top ten albums…

I’ve been banging on about this album to anyone who would listen for pretty much the whole year (sorry Ben and Rich in particular). Once this got a release in the West, the world caught up a bit, with stellar and well-deserved reviews from everyone from Pitchfork to the Grauniad.

Windswept Adan is a stunning piece of minimal folk composition, based around the concept of being lost on a windswept remote island. The album is anchored by her incredible, classical, guitar playing and a vocal that ranges from being used as an instrument to softly spoken interludes. So obsessed did I get with this album that I even broke my self-imposed Covid social isolation to see her in concert in London. Suffice to say it was easily one of the best shows I have ever been to, just Aoba-chan, a guitar and an audience who were completely enraptured. Here’s a little video of one of her performances, if you have a chance go see her.

My second obsession this year is this wonderful album of indie-rock (perhaps even shoegaze) from China. Why the obsession? Mainly it’s due to stand-out track Our Ballad, which is one of the best songs I’ve heard for years – it twists and turns around the central theme, has a brilliant vocal sample that builds tension…and then the whistling hits! Clearly you need to listen to it to appreciate it…off you go then!

Obsession number three was this gem of a Canto-Pop album from the mid-90s. Faye Wong is an extremely popular singer and actor in Hong Kong, probably best known in the west for starring in Chungking Express. I knew none of this when I first heard this album, what I heard was a remarkable dream-pop album, sung in Cantonese, that clearly needed to be better known. The influences on this album are really clear, and when I say the Cocteau Twins contributed a couple of tracks you know what to expect. This one is a real gem!

Others have written more about this than I care to, so I’ll be brief…dream folk, samples, snatches of dialogue and brilliant story-telling. Check it out!

I worry at times that I am, in my middle-age, approaching a dangerous stage in my musical journey where WOMAD begins to appear an attractive proposition. Fear not, my punk/dance/pop soul will resist for a while yet. Why is this relevant? Because I need you to set those concerns aside and listen to this album. Arooj’s vocal (in Urdu I believe) is stunning, and the compositions are incredible. It’s an album that will transport you away, which almost feels devotional at times, with a brilliant mix of traditional folk and contemporary jazz. It’s a treat and well worth its place on many end of year lists.

This one is a real treat as well, as long as you’re in the frame of mind where you’re happy for things to wash over you. Largely made up of field recordings of birdsong, with minimal compositions over-(or under-)laid, this is an album for quiet, reflective moments. Where there is a vocal, it comes in as both a contrast and complementary to the pastoral theme.

This is a band I should have been far more excited about than I have been, what with their JPop sensibilities…it’s taken this release to crack it. Civilisation is a brilliant EP, with the last side in particular containing some gems. First few listens it was Well Rested that grabbed me. With time, however, I have been completely taken in by 21/04/20 a pandemic track that asks “Hey, so, how are you doing?” and replies “I’m okay, you know, the usual kinda weird”.

Oh, it also helps that this whole EP reminds me of the incredible Daphne & Celeste album (Daphne & Celeste Save the World) from 2018, which is definitely not a bad thing.

Combining shoegaze, dream pop and idols…what’s not to like from RAY (a group that arose from the ashes of Dots…who made on of my favourite albums ever). This is another solid offering, crammed with pop sensibilities and wonderful harmonies.

A wonderful EP from Kaede (youngest member of Negicco); this is a lovely offering of jazzy, city, poppy stuff. Stand-out track is Jupiter, which has been on heavy rotation all year. Made in collaboration with Lamp…who I need to investigate further.

A bombastic triumph to finish…starts as an ambient gem and then builds, builds, and builds. One for quiet reflective moments that will also take you to some incredible places once the choir kicks in.

…and that’s it folks, I’ve bought and listened to a huge amount this year, and there’s way more than the above that has meant something to me. I’ve inevitably missed stuff out, but that’s what the Spotify playlist is for (and even that is just a small snapshot). Hopefully you find something you like (and you really, really, really need to listen to Windswept Adan).

Take care my kids, get boosted and be nice to yourself and to other people, animals and stuff.