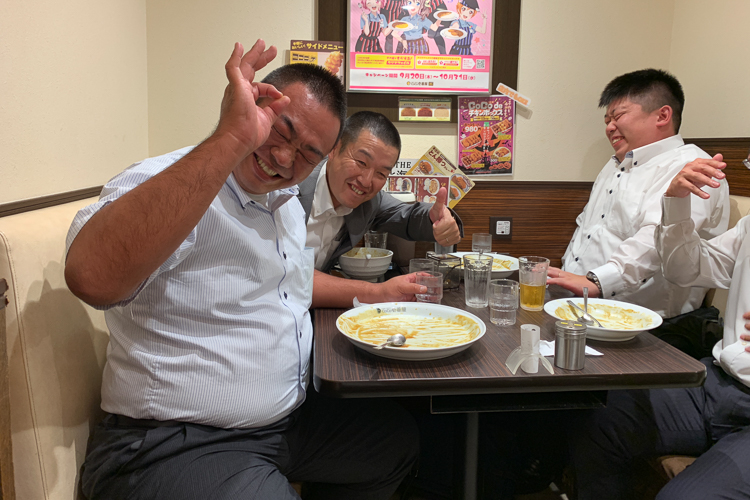 This post is the first of a little summary of the spots we visited and our experiences during our 2018 trip to Japan. This is by no means an exhaustive guide to any of the places featured, more a brief overview of our trip – and an attempt to help you make some decisions should you visit Japan at any point.. Remember that things in Japan can move on pretty quickly so always check things are still open before visiting.

Oh, and if you want to know anything about the other spots we’ve visited, such as Hiroshima, Kanazawa, Takayama, Kumamoto, Fukuoka…the list goes on – just hit me up via the contact form elsewhere on this site; I’m always more than happy to share experiences. 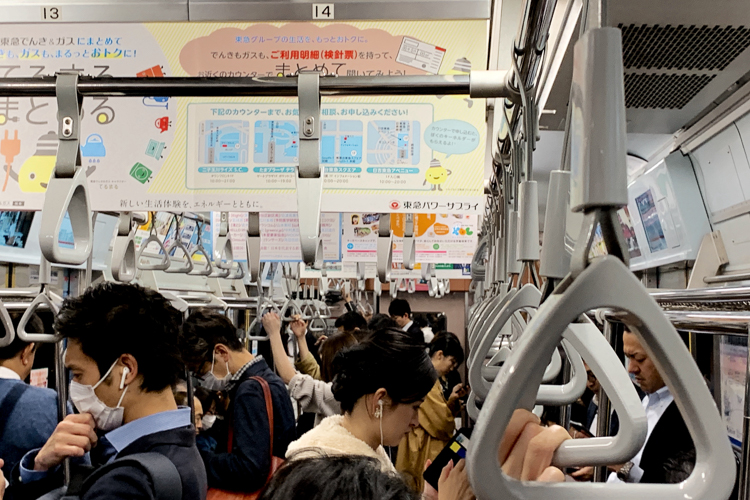 Some general thoughts on Japan

We’ve visited Japan fives times now, and I think it is important to start with why we keep going back – this might help is you are procrastinating about making a decision to go there yourself. Japan is amazing…that describes it all really, but I know it’s not enough.

Let’s start with the people. We’ve always found the people to be unfailingly friendly and helpful, often going out of their way to make sure you are OK and to offer help. We experienced this again on this trip, from the people checking if we were lost to man in Kyoto who advised us regarding a path to take to a temple up in the hills (which was amazing…of course). You may have noticed the featured image on this post…one of our most memorable nights was a Friday night in Okayama at a curry spot (Coco Ichiban) with a group of salarymen – they were a hoot. 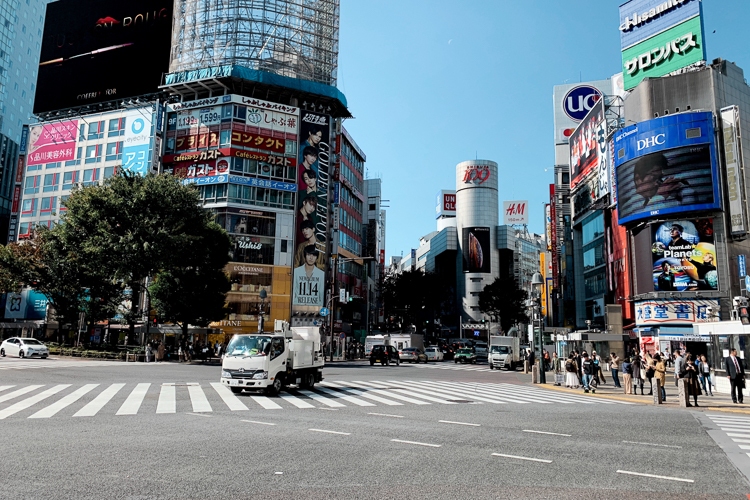 The Japanese are also incredibly polite and respectful – you’ll not find personal space being invaded unless you happen to be on an incredibly crowded train. Just head across the Shibuya scramble for proof – no-one walks into anyone. This is why they have clear umbrellas…and a whole bunch of etiquette associated with their use. 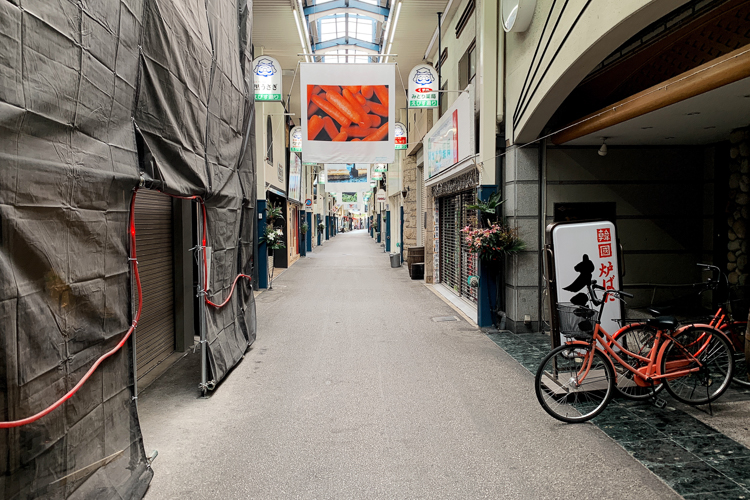 If you’re a shopper then Japan will be heaven for you. There’s a ton of great stores, selling everything you need and more. It’s astonishing really how many shops there are and how busy they always seem to be. We’re really unsure where they put all the stuff…and it always leaves us worried for our suitcases. Favourites of ours worth seeking out are Tokyu Hands, Loft, Muji (of course) and Uniqlo. For music, both HMV and Tower are great, with Tower possibly having the slight edge (because they have more music on the T-Palette label…which they own!). As for menswear, I’d definitely check out Beams, and if you’re a denimhead like me then do your research before you go…its going to be a fun trip for you. Oh, and Village Vanguard covers all of the above – its definitely the “Exciting bookstore” that it claims to be. 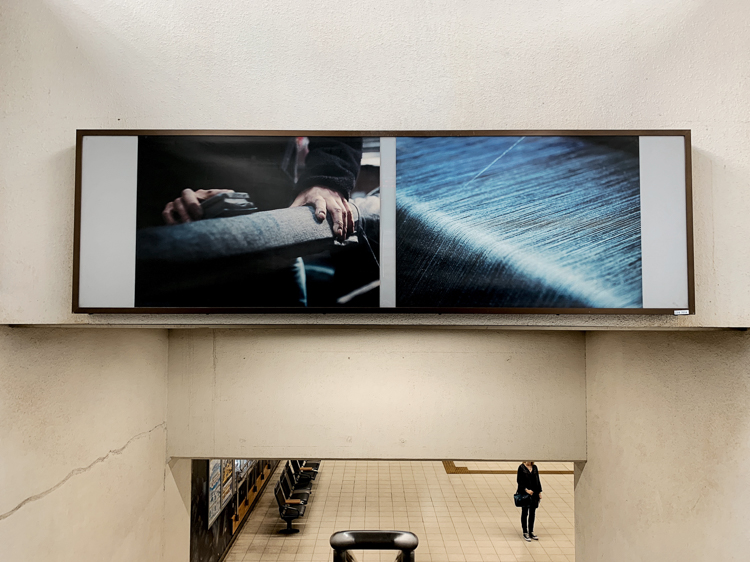 On the way to Kojima Jeans Street

I’d also suggest you keep an eye out for goods for sale in little coffee shops etc. We’ve found some great handmade items that you simply won’t get elsewhere. Oh…and don’t dismiss the department stores (the food levels are always great) or the wonderful covered arcades – which tend to have a lot of independents. Basically, poke around and have fun. 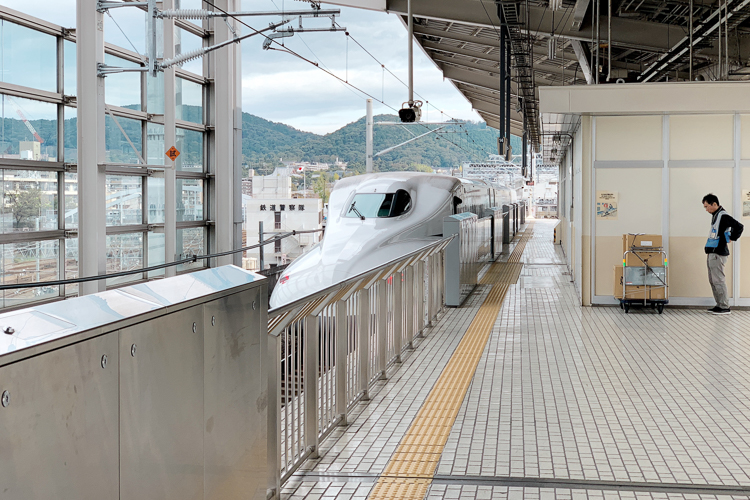 Finally, getting around is remarkably simple. Get a JR Pass, get your Shinkansen reservations and go. Connections are straightforward and trains run on time. However, there are some real tips that have made our lives hugely easier when travelling by train. 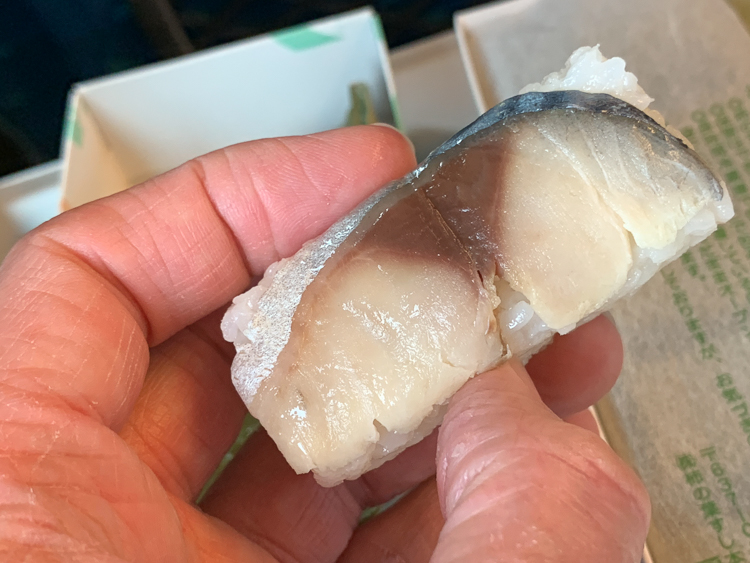 Sushi on a shinkansen 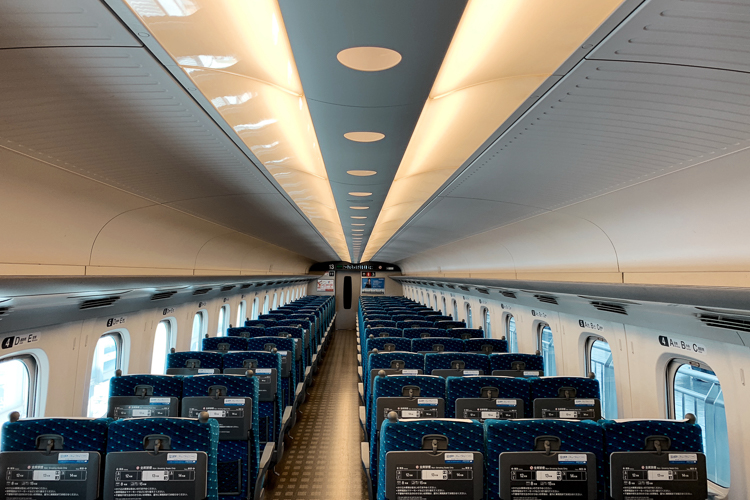 After recovering from the flight (i.e. showering) we wanted a quick easy thing to do. So, after collecting our JR Pass, we headed to Odaiba. This an area of reclaimed land, with a shopping centre, a bunch of tourist sites and a big wheel – perfect for when jetlagged. Overall it was a bit of an odd experience, mostly because we were fried, but mainly we ended up eating in a dog friendly spot where all the dogs stared at us as we walked in…it was disconcerting to say the least.

There’s more to come on food in Japan in a future post. 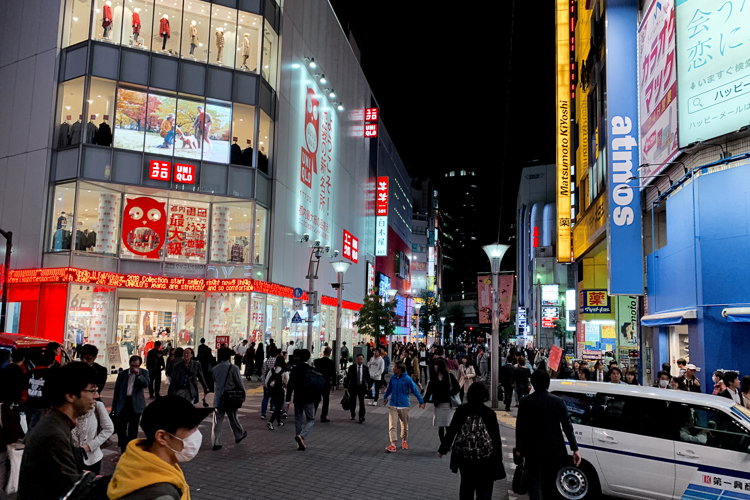 When we finally returned to Tokyo we went back to our normal haunt, Ikebukuro, and the Metropolitan Hotel. The hotel is perfectly located near the train station, shops (of course) and some great places to eat. As always service is amazing, but rooms are not the biggest (but then it is Tokyo). Superior rooms are reasonably sized, and can have an amazing view.

Ikebukuro itself is a great base to explore the rest of Tokyo, the railway station is on the subway, Yamanote and many other JR lines. Basically, you can get anywhere pretty quickly. Its also a bit of an Otaku centre – and so there’s some really fun streets to explore, and it is as bright at night as you hope Tokyo will be – we love it. 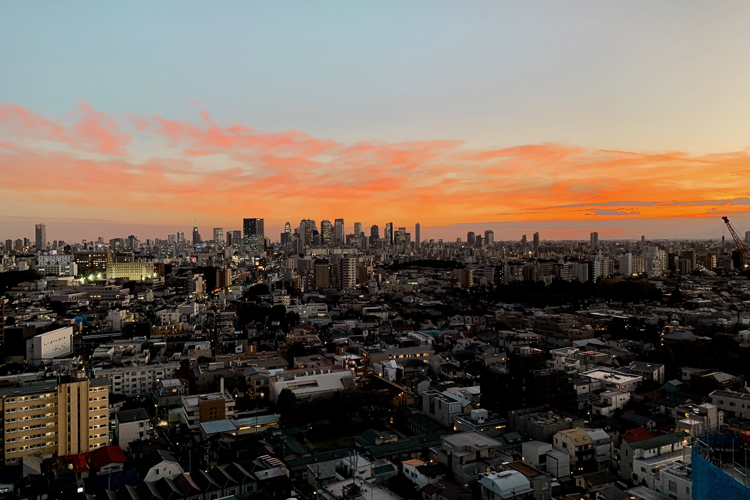 Sunset from The Metropolitan

This trip, our main jaunt was to Enoshima and Kamakura, via the Shonan Shinjuku line and then the Shonan Monorail. The monorail was a hoot, its suspended below the track and whizzes up and down hills and through a tunnel like a switchback…most fun. Enoshima itself is a nice little touristy town, with a view of Fuji (if you’re lucky), surfers and fisherman, and a bunch of cool little shops and things to eat. There’s an island just off the coast which is fun…we’d been on our first trip but didn’t bother this time. 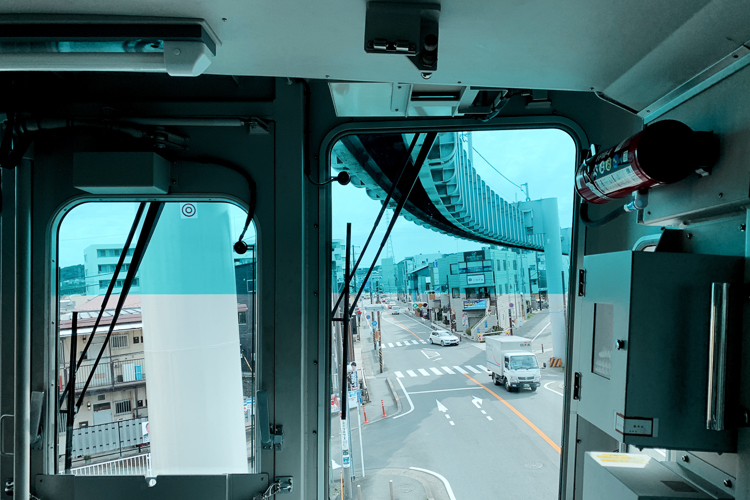 The reason being is that we wanted to hop on the Enoden, which is a tiny train/tram that runs from Enoshima (and beyond) to Kamakura. The Enoden is the train line of your dreams, it winds down the middle of streets, through backgardens, and passed the sea and shrines in its short length. You can get a day ticket and hop on/off – which is what we did and I definitely recommend. The Enoden has featured in many movies, anime and manga, and so you’ll find crowds with cameras at various spots – all part of the fun. 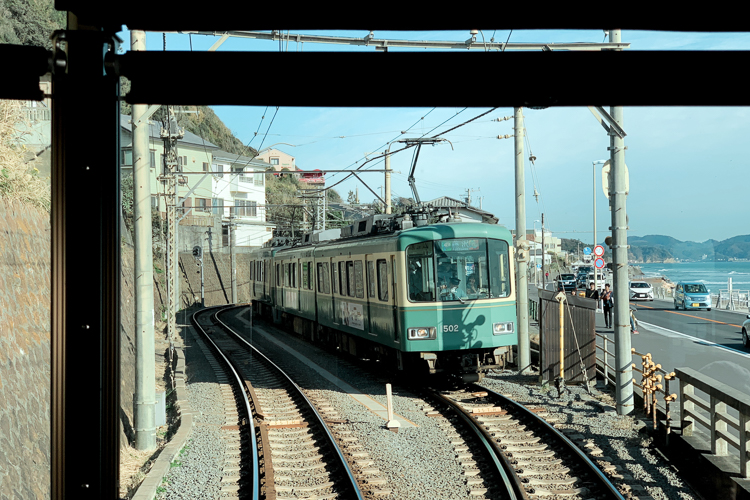 In Kamakura itself, we visited Goryo shrine, which was lovely, but not any of the other more famous spots (mostly because we had been before).

Other spots we visited during our brief sojourn in Tokyo were Shimokitazawa – home of a Village Vanguard and the mother load of all hipsters – its great fun to trawl around; Shibuya & Harajuku (both a lot of fun, but crazy busy – Shimokita is definitely preferable to either); Meguro – lovely canals and more hairdressers than people as well as kicking back in Ikebukuro. 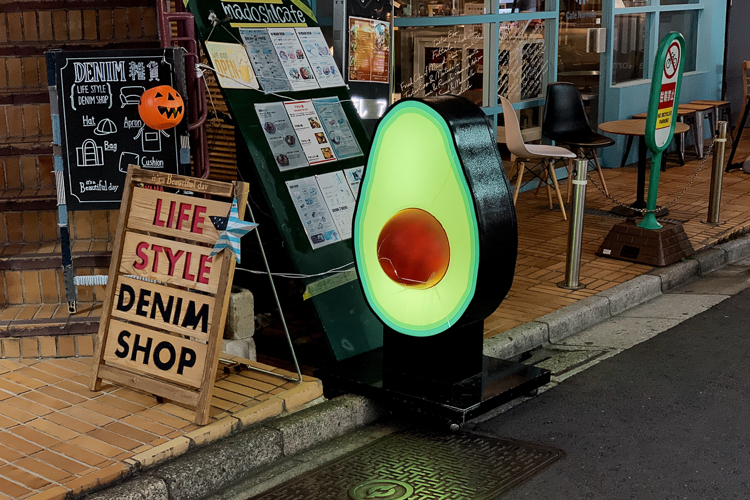 Tokyo can be everything you want it to be and more – its crazy busy but there are still chilled spots you can find. It feels like a 24h city, but it does sleep (and be warned that public transport does stop). Its a metropolis, its not cheap, its brilliant. 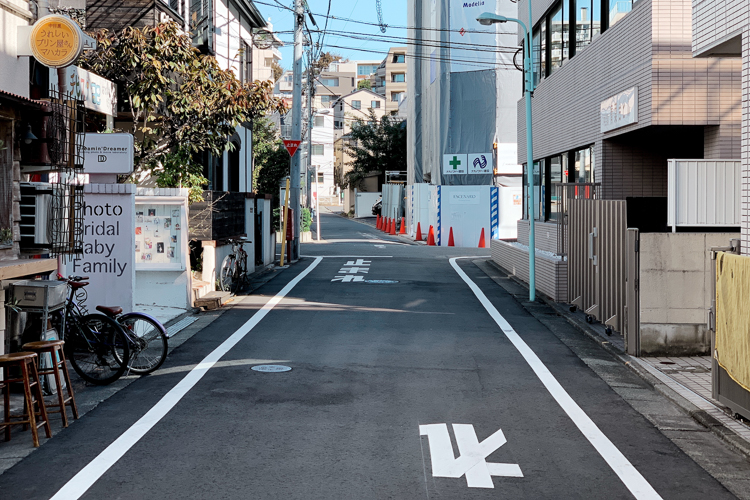 One final word is that, if you like music then you really should catch a show in Japan. We love idol music, particularly of the harder, rockier variety (OK – that’s more me; A loves the pop…as do I). We were really lucky to see Billie Idle in Shibuya on our last night. Its a very different experience to a western gig. There was no band but the vocal was live, but what really sets it apart though is the crowd participation, every song has a call-response element, with associated hand movements. This makes for a great show – its all a lot of fun and highly recommended. 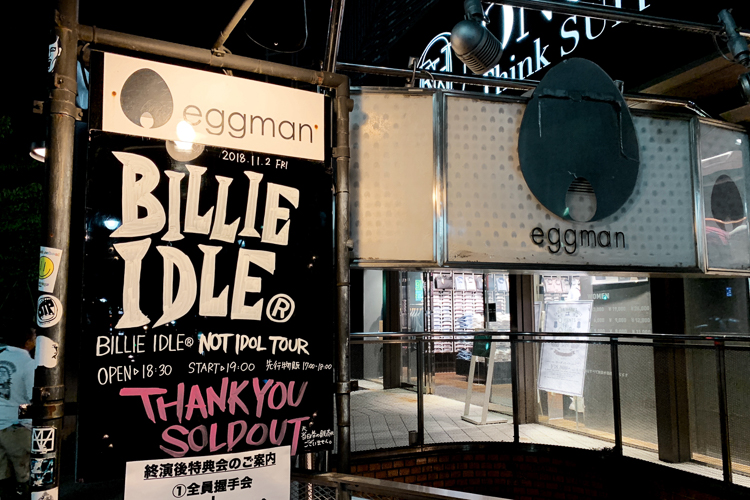 Next post will have a summary of the other places we visited, Nagasaki, Okayama and Kyoto. That was all going to included in this post but I’m tired so you’ll just have to wait…hopefully you’ll cope. 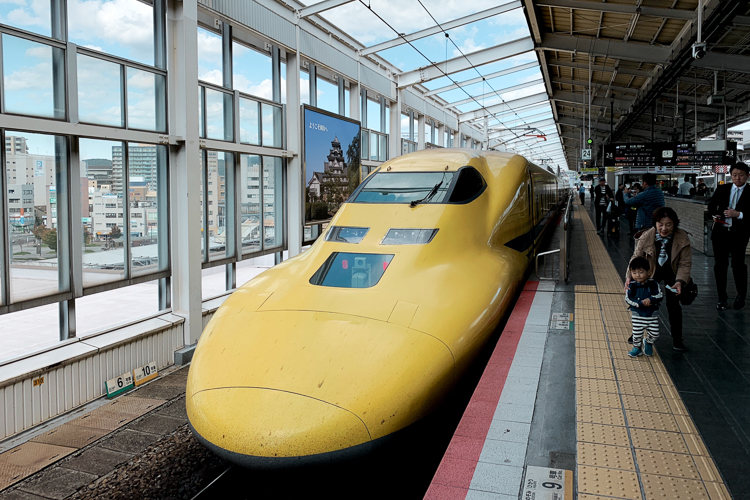